Submitted by stoneprince 5 years ago

I love past-time.  Smooth rocks.  Soft landings.  Encouragements and tears.  I am fundamentally lost.  My hull collides with waves too high to climb.   My rather becomes a  strange elopement.  Past familiar moorings.   I was sent past dogma and I reveled in constellations.   I am looking for that land.  Beachheads to share.  A hand fit to mine.  Comfort in an Ivy Wall.  Long steps rejoined in a temporal faith.

This a follow-up.  Of lives gone.   Relevancy,  crushed ice in tepid waters.. 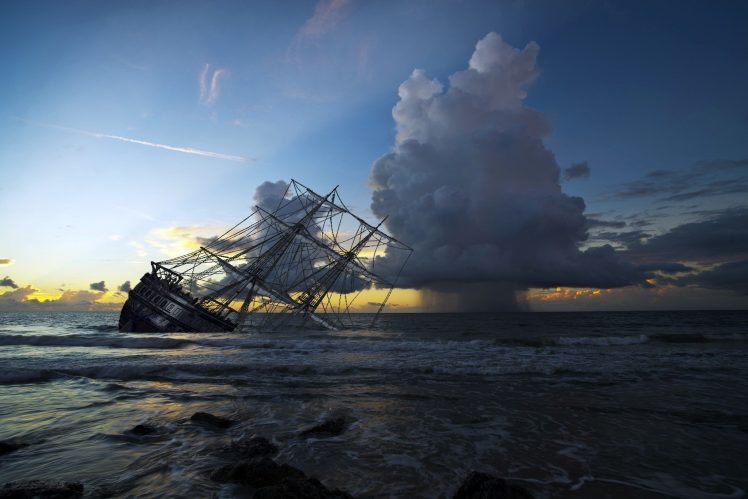 We’re not going to eat it,

take that nasty stuff and beat it,

No, we’re not going to eat it anymore.

We’ve got the right to lose it,

we hope you’ll never use it

Don’t pick our food cause

We’re not going to eat it,

take that nasty stuff and beat it,

No, we’re not going to eat it anymore.

Oh you are so jaded

and got us so spaded,

Your food is caustic and gross

if you call that food,  you don’t know us.

That food is gross,

That food is gross.

My cat Baby was reading her Red-letter Bible and she paused and put her bookmark in.   She gave me one of those strange looks that cats often do on the third Tuesday of each month.   All I know was she laid down her headset and looked me straight in the eyes.    I looked away because you have no idea how patronizing she can be and the last thing I wanted was a protracted battle.

The air was rife with tension as I eased out of my chair and looked for a way out.  I knew it’s was bad when she took off her reading glasses,  as if saying, “look what you made me do?”    I noticed out of the corner of my eye the mailman approaching our door.   And it was a good omen as he had her favorite Barry Manilow CD in his hands.   She had been waiting for quite some time for her CD and I knew she would be entertained for hours,  so evidently I got a reprieve.

At times I could mollify her by faking that I liked BM.   Of course I would never allude to Barry as BM in her presence and thank God I am not going to let her know that I wrote this book.   And neither should you.  I am going to have to insist on this for the sake of keeping the peace.

In Baby’s matriculations she had the opportunity to go to a concert at the Old Veteran’s Stadium and I had to convince her not to take her big hand with the #1 sign on it.   It seemed that anytime she wanted to go out,  she had to take that darn sign.     Anyhow, the other cats would tell me how she would gush over his songs and especially ‘I Write The Songs’.

Well one day I couldn’t take it any longer and I knew this kind of obsessive behavior was a precursor to drug problems and it seems she spent some time in rehab,  getting off of catnip.   Sometimes she would just drool and have that glassy look in her eyes.    And those eyes were dilated like 16oz Dixie Cups in a whirlwind and her purring almost sounded like a Gregorian chant.   Therefore it was imperative that the two didn’t mix.   It would have been a volatile combination and thankfully I diverted her attention as a roll of toilet paper rolled across the floor and it’s tail ran out just before it could get to the old antique fireplace.   The gods were evidently pleased as the sound of BM was drowned out by the nascient hum of Uriah Heep.

Those were heady days and the ability to quickly adapt benefited me more than you can imagine.   I tried to keep the peace and atmosphere relatively blissful and without the cadence of stomping paws and her arching back swaying to the sound of his voice.   Too many days it was a delicate balance between happiness and over-indulgence and knowing how to temper the acrimonious vibes that seem to come with more and more regularity.

One can say that I was facilitating her obsessions to the point of decadent disregard or simply being obsequious and fake as all get out.   Adversity can be the mother of invention and at least her subscription to Mother Jones had run out.   I am amazed that she let that lapse but maybe our frequent blowups over their depictions of George 43 Bush had convinced her of the conflict that it caused.    She contended that he was actually an alien but I finally convinced her it was the water.  Don’t ask,  don’t spell.   That is what I always say and it has worked for me.

These days as I sit in my Martha Stewart rocking chair and slobbering liberally,   I know she has my back.   For all her eccentricities she has a good side,  though god knows,   I couldn’t find them except when it came to catnaps and five toe discounts at our local PetSmart.    She always likes to cajole the pets behind the glass and laugh at their dirty litter and she looked down on them for the most part.   Til she met Jake from State Farm.

Anyway,  that is the story of BM,   headsets and the heady aroma of ginger wafting from her litter box.   Life was relatively manageable and even a rainy day had it’s silver lining.   Either that,  or the Mercury from the Tuna Fish that Charlie of Starkist forgot to take out.   I guess she took that to McDonalds,  ostensibly to poison Ronald McDonald or Country Joe McDonald.   I know you feel me.   I wish I did.   Or least understand the circumlocutions of the mad and delirious.

So now you know the rest of the story.   I just made that up,  Paul Harvey said something else.  wink.

Baby is kind of an enigma.   She is very affectionate towards me,  myself and even I.   But she is very distrustful of others.   Perhaps it was the loneliness and privation she suffered as a result of my calamity.      Being penned up for nearly two years and the pain I felt as she was in her cage in a shed,  sometimes with temperatures way below freezing.   Her pain was mine and I got sick of the circumstances and finally it was me and baby in the back seat of an aged Honda Civic.

Baby went everywhere with me and she loved the travel.    I would take her on long trips to Raleigh,  Durham and points in between.    She would sit in the back window or sidle up to me when it was cold,  raining or the loud slams of thunder shook the car.

One time I was in Durham and getting some food at Open Table Ministries and a lady across the street was a storage unit place manager and she offered to have my cat stay in there while I ate and out of the car.  In the A/C.   I managed to make her as comfortable as I could and her payment was her love and devotion.   To this day.

Baby is a dark cloud with a white lining.   She brought love in her own way and hid in a place out of site.   Prying eyes were sometimes a concern.   Citizens with good intentions and a roof over their head,  experts in suffering in their spare time.

Baby is an angel full of life,  since her blue-eyed days of infancy to her long enduring roads and the moment I came back from a chore, or an errand.  Living for me,  she added some hopefulness to my life and that my friends is true love.

My frustration finding a home was taking it’s toll,  sleeping at rest stops, Walmarts or busy truck stops.   There was always the bus people on Greyhound and those party buses and they increased my stress.   I just about had it.    When help came,  first by Baby being classified as emotional support animal by the VA.   I had help with the cat by a local humane society who knew the cat and I needed each other.

They were actually impressed that I would not give up on her or gave her to someone else. The VA said I needed to get rid of baby and I read them the riot act and got very upset.   Because of that they (The Humane Society) did all they could for me and the cat.   My cat was kind of cold to them but they stilled loved her and helped me with food and litter.

Now baby and I are happy living in the warmth and coolness respectively.   She runs like a track star,  as opposed to hanging upside down from the headrests.  She always made me laugh or made me feel calm and now she is right behind me purring and sleeping.   This is her place and I just stay with her and enjoy her loving me.

Man’s best friend has a bit of the stray cat strut.   And Live Science (the blog site) says the book is out.  In the end however,  cats do not work well with people and that dogs (as wonderful as they are) let humans figure it out while a cat is more persistent.    Maybe stubborn is the right word.   LOL.    Be that as it may,  cats have a smaller pct of brains to body mass but 300,000 to 160,000 million neurons.  So what?  Right?  Maybe, but cats have my fancy and here is why in my mind.

Baby to the left and Lacey to the right.   Lacey is a crazy sweet SnowShoe Siamese and I hear she speaks about 20 languages,  begging for food that is.