My favorite baseball player is almost 80 years old next November.    He is about five weeks older than my mother and regardless of the fact that he does NOT know me,   he is my role model,  my baseball idol and a man of great character.

I feel that too many times Jackie Robinson is hailed as the great trailblazer of equal rights.   But Mr. Gibson himself grew up in one of the most dangerous ghettos in America…   Cabrini Green.    His own father died about three months before Bob was born and his brother who was some 15 years older was a kind of mentor.

The song above is probably my favorite from Elvis and conveys the hard reality of disadvantage and self-destructive behaviors.     Growing up in Texas in a segregated neighborhood it seemed that integration was happening and no one had to tell us racism was wrong.   How is it little kids can figure out.   One day this black boy came across me and asked his friends,  “Who is this peckerwood?”     One of my friends from that run down place called the young black child out and told him I was his friend.

Racism was very real but the good part of that change was not a slogan or a gimmick,   we had real problems in our country.   We had Little Rock Hall and the protest of the brave young black students.    I was one year old as this cauldron was beginning to boil over and an ugly scene ensued.

This young lady was a hero and young kids of all races were angry at the over racism and Jim Crowe Laws that permeated the nation and especially  the South.    It was this that the young Cardinal star had to deal with and he did so relatively easily as was his character never to lose at anything.

Gibson had rickets and asthma as a kid and yet become a good basketball player,  averaging 22ppg as a senior in high school.   After that he went on to be an All-American  basketball player at Creighton University.    And from there the Harlem Globetrotters and finally signed with the St. Louis Cardinals.

When pitching for the St. Louis Cardinals in spring training,  black players were not allowed to stay in the hotel that was white only.    Eventually the Cardinals organization fixed that problem.    Imagine being the superstar pitcher in the second best baseball organization and then being spit at in Florida.

The rough life growing up and his competitive nature made him a force in the game and he set one record that is still a record fifty or so years later.   (1.12) over 300 strikeouts and 13 shutouts with 22 wins.    He was a prolific hitter also bashing 24 Homeruns and 144 RBIs.   During the day there were not a lot of televised games and especially the Cardinals so I would listen to KMOX in St. Louis while we were living in upstate NY.      I loved and was proud when watching him pitch and would emulate his pitching delivery.

Mr Gibson like Hank Aaron survived the rigors that racism and hate with class and strength.   One time his catcher Tim McCarver ( a really good one) came to the mound and Gibson, “told him the only thing McCarver knew about hitting was he couldn’t.”

He was known for a blistering fastball and an awesome curve.    When he retired I felt such a deep sadness on a variety of levels.    As the years have passed fans revere him as a classy human and one of the greatest pitchers and one of only a few black pitchers.      So my looking up to him is influenced by so many factors.    I refused to lose and invariably I came through in the clutch every so often.   That included beating an undefeated wrestler in a state tournament,     and an unassisted triple play.    The baseball coach told my little brother that he had large shoes to fill.

I was born in a turbulent time with wars,   bitter conflicts racial and otherwise so I take a dim view of blacks using slavery as a crutch and so do the stars,   businessmen and fathers who do the right thing and do represent the status quo,   There is a lot of work and Ferguson roiled the waters and I am not going to be political but to say,  we collectively have to see each others as valuable as ourselves if not more.

This is a condensed version of my love and respect for this great man and served as a role model to black and white kids. 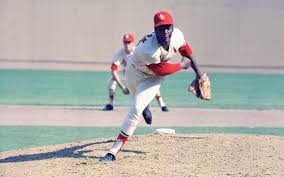 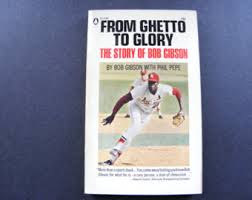 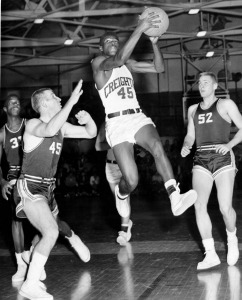 I know it is a scary site so if you see us,  run for your life. 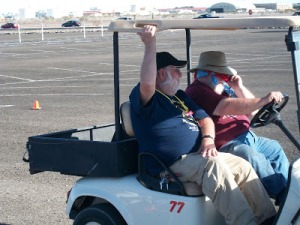 I can see it now.    It is a sunny hot and balmy afternoon,  feelings are on edge and all of a sudden there comes the squeak of hearing aids over-modulating and the steady clack-clack-clack of our tricked out walkers as they crash against the heathen sidewalk.

I pull off my AARP approved helmet engage my kickstand while others fall suit.  It can be quite intimidating as the smell of tosterone and Hai Karate aftershave fills the promenade. The Discovery Channel is falling us around,   capturing our exploits and with dramatic elan show us entering our coffee klatch and winking at the young girls.   (Sixty year olds). 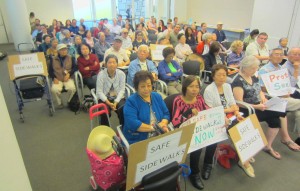 Of course the big event is going to be when we get in our cars at rush time and drive 20mph in the fast lane while listening to sound bites of the old Lawrence Welk Show.   We will be in a Geritol-induced coma listening to the honks and remonstrations of busy young people.   Our old ladies (literally) will be wearing their antique jewelry and swinging their pearls flirtatiously.

But on a more serious note,  we are civc-minded rebels with a cause.   We man our walkers from our golf carts,   flashing gang signs and cooing sweetly at our female hang-arounds.   You can tell how mean we are by the tats,  like the one with the knitting needles or the EIB Network.     However on that day we are all business,  as we have our Walkers Across America Fund Drive for better sidewalks and Senior Discounts.   We are so vicious that we go to the Full Throttle Saloon and we scare the Bikie Gangs. 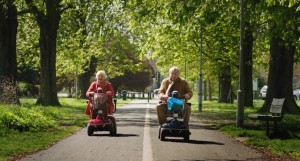 Other distractions for us included collecting at a friend’s house and cajoling the parents and children as they come home from school.   “Mommy, they are scary,  when are the police going to do something about it?”    The mom say the cops are chicken and that we are no one to trifle with.   We have names like Lawrence,  Myrtle and Gertrude so we don’t even need gang names.   That is scary enough right there.

In our clubhouse we have pictures of Bad Granpa, Granny of the Beverly Hillbillies and Festus of Gunsmoke.    We have a saying,   ‘Torn clothing Needs Stitches’.   We like to let our children and grandchildren pay for our hip replacements at 90 and we watch our windows to see young people breaking the rules of our park and turning them into the community’s park management. 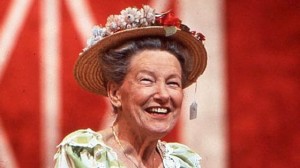 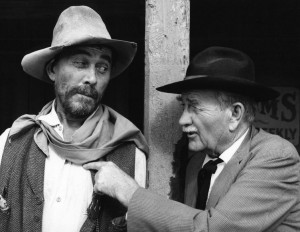 If you go to our website.    www.bluehairs.com you will see our fallen bros and bro-ettes and please do not ask how you can join,  just find one of us and ask.    We would have been on the Sons of Anarchy but that would have only led to a rumble and we try to keep a low profile just in case the Popo spots one of us.

So the next time you think about coming up on one of us,  just remember if we are not wearing our patches and rockers you might not know who we really are.   Suffice it to say,  we have nothing to lose except our driver’s license and free parking signs.

RIP George Washington and watch out for Reverse Mortgages and Clappers!!