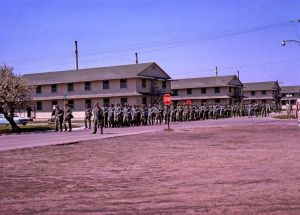 These two pictures are iconic and probably before my time but they both encapsulate the meaning and purpose of young adulthood.    I for one can remember all the front gates at the stations that I was stationed at.     I think it is like an ant farm,  a collective of like-minded young people fulfilling tradition and populating the various career fields.

I had spent time at Sheppard and Lackland AFB bases but it is was Chanute and perhaps Rhein Mein AB,  Frankfurt,  Germany that hold my greatest interest.  Both places are closed no!!!~   A piece of me,  GONE!!!

The Abandoned “White Hall” at Chanute Air Force base in Rantoul, IL.

These were the new dorms back when I was there around 1979 and 1981.   I was in the NCO dorms and we had maids and cable TV and the place looked like a Motel but we as Sergeants drove to class and did not have to march.      Every day you would hear the cadence of ropes (student leaders) and the rhythmic beat of black combat boots.   Student had flashlights with their yellow cone-like caps almost like headlights leading the way.     Beware of the Air Force Form 341!  I will gig you!!  haha.

Fortunately that was behind us as we were Non-Commissioned Officers  and we were bad ass!!  Ok,  we weren’t but the new trainees froze when they saw us.   We could only think back to those days.  Seventeen to twenty-one year olds who for many was leaving home for the first time.

I was in the Gremlin,  Pacer,  Pinto and Vega-era.   We had K-Cars and dumb-downed Novas,  providing the late Twentieth Century with plenty of cheaply made cars.   Computers then had the memory of an old folks home.     Like Commodores and IBMs and softwear programs designed by Moses and I am not talking Moses Malone.  RIP sir!

We had psychometric wheels where we converted pressure values into Station Pressure,  Pressure Altitude and Altimeter settings.    We had no computers showing us Satellite Imagery and radar.   For this was the generation of Fax Machines with all that on it.   We analyzed charts by hand,  looking for anomalies that would describe current weather events and potential forecast products.

We actually had all this equipment at Chanute and even put out our own forecasts using the technology of those times.   No Doppler Radar or double dopplers!    Even the fax machines we had above went from crappy to functional and it was all good unless you touched the blades that transmitted the signal to the paper.    You could seriously cut yourself and many observers did just that..

And reliability?  Forget about it!

Chanute AFB Museum     Good job by the author depicting the changes and how these memories remain kind of sealed in our subconsciousness.     From the Airman and NCO clubs and recreation centers,  those memories largely survive in vivid detail.     As the buildings collapse and are torn down,  other newer facilities fall to the ax.    Memories buried in debris of asbestos-laden buildings razed not to be seen again, only in our memories.

But the essence of these times will not be forgotten and as White Hall (Weather Central so-to-speak) and it’s radar have vanished like the morning fog.   Rows and rows of the Old World War II barracks are gone,  the only thing left are the concrete slabs used as foundations and the rows where troops marched in the morning an the afternoon.

But there is a side to all of this.  The side where young people got their hearts broken and broke hearts too.  Some of us may have drank for the first time.    It was 1984 when President Reagan signed into law the Federal drinking age.   Something I strongly despise.

We had an old place where Service Members went to have fun.   A local dance club (er dive…. lol) called the Prairie Lands and if you drove past the club and the old silos you could be blown off the road during the right weather conditions.   An eddy that surrounded the silos and that highway and we were all notified of this hazard by safety NCOs and Officers. 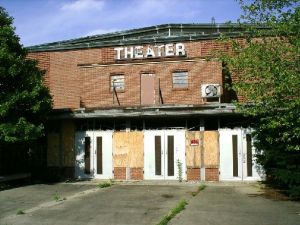 I played AAU basketball for a church near Champaign.   I scored 34 points for our team there at the University.      I remember a  lot from those days including watching UI destroying University of Texas,  Texas-Arlington 119-74 and we got free pizza for them the Illini topping 100 points.   That was cool.   I also remembering watching WGN when the Phils beat the Cubs 23-22.

It was in one of the new dorms (newer then) that I drank for the first time just at the end of the course when I got dizzy in the foyer and then made it to the room.   While laying down,   I saw Jesus,  made promises to him and my bed seemed to be spinning around.  I didn’t feel my best,  as I crawled to the porcelain throne and met the floor.   Oh well.   Oh and the girl who was turning 25 and talking about how her life was almost over.    Afterall that is a pretty advanced age!!!  Hahah

Observing school was a piece of cake and forecasting school not as much fun or as easy.  My problem being an ADD and Anxiety disorders that kind of hurt me all the way through except for Physics and had a 97 on the final.    Anomalies do happen.    I am just glad I made it through.

At that time pizzas were still 20 minutes or they were free at Dominos Pizza.  Of course we had people try to confuse drivers so they could get a free pizza.   I guess this is what drove the company to give discounts and then when they got GPS,  the gig was up.   Our nefarious plots and watching the original ‘Battlestar Gallactica’ along with the occasional female friend was our whole life beyond our studies.  And our studies? Well I would kill the subjects at the dorms with my friends expecting I would ace every test.  Fat chance of that.   You could swear that I was as apprehensive as going through the gas chamber or an MTI finding an unlocked personal locker.   You see,  they frowned on that a little.. ha

In passing,  just as our parents and their parents,  things change.   To the new people who come along and experience weather school at Keesler,  they probably do not get the fascination with Chanute.  That old and prestigious building (White Hall) is an enigma and it’s destruction feels  like a friend who passed. 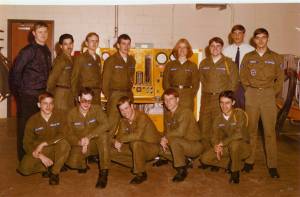 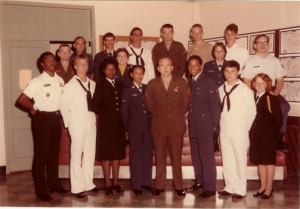