Kind of ironic,  I think.  A pet,  finds happiness in a plastic bag.  She finds intrigue there.  Simple,  safe and happy.   This cat is younger than  the other cat.   Baby is everywhere I go,  she rests at the door until,  I come in.

I am not sure of who the pet really is.  She sleeps in the day,  and treats the room as a kind of ‘Disney World’.   I am sure has broken the sound barrier, as she glides across the room and making a lot of noise.   My first inclination is to tell her, to behave.  But when I ponder this,  I am happy in her noise.

She is like a light house,  esconsed on a hill,  a guidepost of what lies ahead and unconditionally  watches our for us.   She has a responsibililty to her sub,  a quiet recollection of harmony,  and I like marmalade,  adding flavor and robust reminders, through her play.  At times,  she uses her to paw,  to get my attention.  And she wants me to rest,  while she nestles next to me.  I felt her paw on my elbow,  many times,  reminding me,  of what matters most in this world. 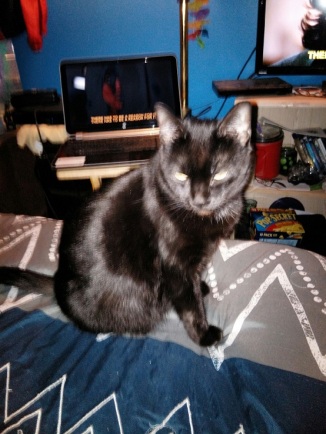 My other cat,  already 15,  is a bit more sedate in that regard, but man is she a sweetheart.  I swear,  she has two purr motors.  She purrs and then she seems to add a purr and loves to cuddle in my arms.  As she looks around,  I mention her name (Lacey) and her heads move over to my head, as if hugging me.  Really cute in that way.  A real lover,  happy in her affair. And this, after the redolent balm of friendship.

Two types 0f anchors,  equally good,  each with their own plastic bags, a place like a harbor, the boats and bags, coming in and out. 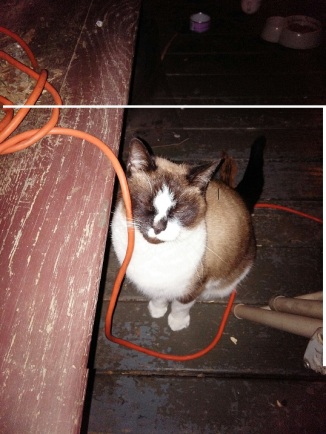 In our nascent days as people,  we stood for liberty and the pursuit of happiness.  We also had churches dictating the position that we could have sex.   To achieve that end,  government and religion would invaribly have to be voyeurs as well.    It seems to me,  the government has too many bigger issues to worry about,  than consensual play between consulting adults.

“The onset of mania occurs when when repression is no longer able to resist the assaults of the repressed instincts.”

More importantly we do not take the time to listen,   but we judge and assume too many things.   Most of which, are not true.   We try to find a witch to burn and are amazed when some or many, sing in acapella.  About the differences from one life to another.

“Come senators, congressmen
Please heed the call
Don’t stand in the doorway
Don’t block up the hall
For he that gets hurt
Will be he who has stalled”

We can’t quite figure it out and rather than to leave people alone,  we enact new laws that restrict people, from the right, to the pursuit of their own happiness.

In fifty years,  most of us will be long gone and those laws,  like their effectiveness,  will serve no purpose.   Agreeably,  there is a need to restrict certain ‘illegal’ behaviors,  but for all the billions we spend on foster children and child welfare,  there are still homeless and abused children, with social workers who live  comfortably, but still no safe place for said children to live.

The legislators and moralists preach restraint.  One codifies the law, to enforce their causes and the other a moral platitude, that never can be met.  Today, the hippies of generations past,  are lawyers, judges and preachers.  They tell young adults, that they can’t drink until they are 21,  as if that arbitrary number actually does save lives.

Or preachers who are popping young women,  driving off bridges and telling us,  that God dissaproves,  of what we are doing.   Memo to the Elmer Gantys of the world, we know what you are doing and did do, when you were young.

At stake is the very existence of their lifestyle,  who to the outsider,  does seem bizarre.  But being bizarre is not a crime and the participants do volunteer and their bosses, make sure, that the verbal contract, is not breached.

Remember: this is not about you: parents and friends.

This is about the beauty of life an the indescribable joy of self-satisfaction.

I had a choice of roommates.   A straight dickhead or a gay guy with issues.  (Don’t we all?).  However Mark was intelligent, engaging and a friend.    His dissections of movie plots were genius.  He was a 702 which is the military way of saying a person worked in the office.     One day after a Commander’s Call with our weather unit,  we were walking back to the barracks and about four guys were calling him names I will not mention.   When I saw the look on Mark’s face it was enough for me to retaliate in kind and this was in an era before DADT.

No fight just a threat because I was an NCO (SSgt) and they were little weenies and I would have gone after them if I could.   Anyhow,   it is not what a person likes if it is legal but what kind of person they are to others.

As I said,  Mark has his problems and of course being gay and being out front about it,   was a method to get kicked out.  His behavior escalated eventually he was wearing lipstick and mascara and leadership had enough.   Regardless,  he was and I hope is doing well.    Above all,   he lived the way he felt was the best for him and who am I to judge.    I did learn something about humans though and I am forever grateful for that.

After getting out I had a gay roommate again and he was okay but one of  his friends was not.    His friend said the place stunk of fish,  regarding my girlfriend.   After he left I went to Ray and told him if I ever heard anything like that again that I would kick his ass.   So again,  tolerating and accepting is kind of fluid,  but what is not subjective is common decency.   I do not care who you are if you are being a shit,   I am going to let you know.

No need for bro slaps or mancaves!