I remember riding back on a bus from a wrestling tournament in which I did fairly well beating the number one seed and then getting pinned.  lol.   Charlie Brown couldn’t catch a break either,   I guess.    On the bus with the snow heavily falling I remember Don McLean wistfully popping off esoteric lyrics;  many of which had resonated with me.   I remember dancing in the gym and being born in February and making me shiver and the thought of my crush possibly seeing someone else.

It was a day when Rock and Roll and God were permitted to be sung or said.   Idealistic maybe,  but at the end of the day, that will be what matters most.   And as we wax poetically in a cape of invincibility,  the pieces all fit together.    “And the jester on the sidelines in a cast.”    And my main blog being,  ‘The Times Are Changin’.    A reverent nod to Bob Dylan and the perspicacity of the young McClean.     Who like in Vincent painted an indelible statue on the pantheon of auto racing history.   Likewise with the brand of our cars and stock cars they seemed almost perfect in form and in function.

The eclectic poets put down their pens.   The past which was ours is stilled remembered,  like a Polaroid snapshot we sung with our whiskey and rye much like our school’s fight song,  “you bring the scotch and I’ll bring the rye”.

Good times,  a bit of self-delusion,   we built a city within arenas playing the National Anthem and the song ‘Proud Mary’ which blared from cracked intercom speakers  during breaks in racing activity and the intermission.   A time of Drive-in theatres and Woodstock.   We encapsulated in a bubble,  a kind of time capsule in an era of war and rebirth. 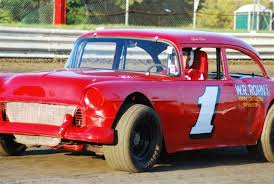 I do not know of a time in racing in which racing that had so much mystique as the day of Chevy and in particular but not restricted to,  the 55 Chevy.    In fact,  the popularity today is continuing with restorations of privately owned personal automobiles as the stock car that once was such a fixture in short track racing.

Like the Pinto and Gremlins and J-2000s which dominated modifieds,  the 55 is a marvel in itself.    Our own dad helped Dick Casterline with his #577 which was not a Chevy but of that era.    Ike Edmister’s old race car hauler which we used to slide through our yard with.    The old truck with a Late Model engine and besides Ike was pretty cool. 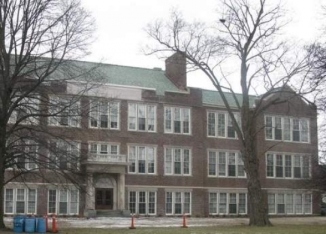 I remember my dad and Dick partying, coming into my room and lifting weights with one hand (120 lbs) and me kind of shocked there.    Anyhow,  it is awesome how an era can say so much and the music reflecting the mood of those turbulent times.    We had this and this was enough.

To all my old and new friends,  this song is dedicated to you.   To the drivers,  our parents and our children.  These were the days!!!!