Last night as I was perusing Hulu Plus,   when I happened across the Korean movie,  ‘Meet Mr. Daddy’.    In this movie’  Joon’ is a sickly child who wants to be with her daddy,   who happens to be a small-time  petty criminal who gets in over his head with unscrupulous gangster boss.   The dad who got arrested by the police was given an option of being a father with a stipend in lieu of incarceration.

The dubious dad thus picks up the guantlet with litte intention of really doing the right thing.    However the charms of a young girl and their need of a dad certainly can work magic and this movie did.

In a roller coaster ride of highs and lows,  little Miss Seo Shin Ae (joon)  manages to change the heart of a down and out miscreant who learns what love is and utlimately becomes a dad to this sweet baby.    She was around seven years old and sick however she shares something with her because they both like soccer and she predicts a Korean win.

Rather than say too much,   I just to say how this obviously simple plot surprised with little Joon providing a few laughs and a dogged determination to find happiness.   With all the rancor of Adrian Peterson and his young son,   I am perplexed by the simple-minded hate directed at this father who went too far.   However just as in this movie,  life is about second chances.

The greatest judge of us will be our kids and since I lost one kid just after birth and another was missing for fifteen years,   I get angry with outsiders who cannot seem to understand that is NOT about the reader of these news events but the victims all the way around.    This movie highlights the need for embracing life while we still have it.

Finally,  this movie kind of snookers you into a sense of bland drama with a dynamic conclusion and why girls need a loving and doting father.   The exchange of blessings is a private matter between imperfect parents and affectionate little ones.

This movie is a must-see.   So let us cast off the pride that immediately wants to destroy people’s lives and work on your own relationships and see what kids can see and parents can learn.    It is not too late!!

It was during the peak of the Vietnam War that a Soap Operative evolved from an ordinary into a cult classic.  I was only 10 years old and I crushed over the all girls but my favorite was the innocent Victoria Winters (Alexandra Moltke) who is still alive. 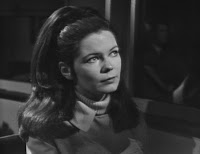 The girl is to the left is the fictional Sarah Collins,   the cherubic and sad victim of witchcraft in the series who is only about a year or two younger than myself.    She is 57.    On the right of course was the star-crossed maiden who was the focus of Barnabas Collins.   There was a bit of controversy over her,  that she played a dumb girl with no sense but Victoria was the innocence that seems out of vogue these days.

As an aside,  she was married to a famous man herself who was very rich and was suspected of murdering a past wife before Alexandra.  If I  am not mistaken he was a billionaire in the 70s.   But she was the glue along with Maggie Evans/Josette.     Barnabas tried to kill the evil witch Angelic,  but she put a curse on him and he turned to a vampire.

Angelic really screwed up his life and Barnabas was star-crossed  by the young beauties. 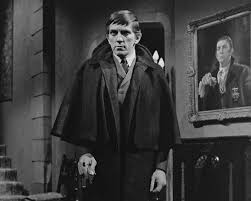 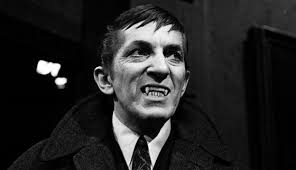 Who can blame him really?   The actors were recycled through the winding plots when the term ‘narrative’  hardly existed and purity of heart when in vogue.   Sadly the star whose real name is Jonathan Frid passed away in April 2012.    With his passing I felt loss,  both as Barnabas the vampire and the actor.    The cast members (those remaining) still collect royalties from fan clubs and appearances.

Shot originally in black and white,   which gave the macabre effect of something ancient and mysterious and even the cemetery seemed surreal.   The episodes had quite a few mistakes and fortunately they were not edited out.   I have the entire series on DVD which not ironically is in a coffin.    The feel,  the actual aura gives the viewer a sense of life and the death which are underscored as cast members die.

We are left to ruminate over the scenes and haunting music and the narration of Vicky.   Her voice portrayed a laconic yet powerful burst of other worldness.   It’s like dying yourself,   a tragic person trying to find love in the most strange and awkward.    It seems as Barnabas was coming of age despite his age and happiness just out of reach and you felt sorry for his pain and bad luck.

This was called the ‘Old House’ were some of the series darkest secrets,  with coffins and caveats and expiring young ladies and tragic children with melancholy natures and secrets too terrible for children so young.   Giving the idea of paradox and wistful associations.

This old house was a treasure trove of restless ghosts and troubled children while the young adult girls were the food of these particular gods.  As a virtual child myself when computers were like the size of  the WOPR on War games. (the movie).

The then young Vicky is around 67 and yet my affections have not changed and I am no stalker but I know I am not alone in that or the debates which naturally happen with cult followers,  Much like the survivors of Auschwitz,  the leading men and ladies enter for real into a place of dreams and conclusions.

Poor Vicky,  the girl who appeared on a teen magazine was actually younger the Elizabeth Stoddard who was supposed to be around 16-17.   So,  I guess my  be my way back to a time when I could be lost in nostalgia and pine for that kind of happiness that youth and dreams  confer.

As she was about to be hanged she disappeared.   She was kind of like a Jack in the Box with regards to séances and one has to wonder about the psycho-sexual component of the virgin’s predicament.     I think she was getting a bit anxious about being a seemingly helpless waif and wanted to move on.   These days she remembers this all a bit more fondly as I am sure the teen boys in the 60s and early 70s would and will appreciate.

So as we march to the Stairway to our own heavens,   we glide past signs and seasons to an inevitable end and if the journey is replicated by long dusky hallways and a row of doors on either side,  I will take what is behind door #2.  No reason but a spontaneous relish for the sublime and poetically sad riffs like a waning tide.   To a place where,  we are just long forgotten shadows and a dream to the newer batch of melancholy souls.