This was surely not any agenda of mine, being nullified in expression and seemingly nullified physically.   Near midnight,  I started to have these monstrous seizures.  I probably should have waited this out.  But destiny had other plans in mind. But as I arose to pack for the ER,  I fell.   Many items came down with me.  My corpulent cat was hiding behind the dresser and came out to see how I was.

She has an innate ability to discern disturbances that are emotional and physical.   Her support was at a safe distance.    Alternating paroxysms further enhanced my trepidation and Paramedics offering commands that I could not execute.  When I was aboard, the screaming sirens and ministrations of First Responders, further causing my bafflement.

At the ER,  I was given Atavan to diminish my distress,  moved to a triage area, which must be a kind of waiting room. for the insane,  I guess.   As I arrived there, I became a bit more lucid and a lot more dubious of my condition.  Long story short, the Doctor sent shivers down my spine as I was advised that I could volunteer or be induced too, with athe involuntary fate, much worse for the wear.

Arriving at the hospital,  I remarked to the person at the desk,  that this is surely a jail and he consolingly implied,  that it was not.   I was in fact,  diminished,  limited and just wondering what had happened.

After my entrance,  into the umbilical tether of mental health,  I felt lost.  Like Air Force Basic Training, sans shoe laces and a shave.   Once the skin check,  non-invasive but no less obtrusive, I donned medical garb,  we all have the grasp of that situation.  Flowing rhetoric and mindfulness.

I am sure that my consternation did not make my accommodations any less Bohemian.   A full-sized bed,  with a relatively thin mattress.  The rooms were bare but really clean and er, safe.    After making the bed sleep worthy,  I fell into a fitful sleep,  garnering about 40ish minutes of more slanderous slumber.

Then at 6:30AM,  I thought I was reliving the aforementioned basic training.  One guy in the food line,  kept raising his hands (one-at-a time) high into the air.  His bunk-mates seemed to pay him no mind,  but new admit-tents were a bit shocked .

Okay the food was decent and rooms clean.  Groups were fairly well run, and actually did gather some useful tips,  with ersatz coffee,  blended and roasted.  As the days passed,  my bewilderment slackened and it was kind of fun.   However, at each crisis, I was becoming more aware at this dichotomy of egress and a curfew of 11PM.   Felt like something didn’t quite fit and yet,  helping others muddle through.

I guess the therapist’s notes, saying my intelligence was very high, was a temporal aphrodisiac,  in a place where spoons doubled as knives and shoes strings were sublimated into lashes.  I did all that I needed,  in the first day.  I actively participated, and read books like a magic carpet ride.  I negotiated around the titular gendarmes and picayune rules meant for us all.  A few dust-ups and a litany of users, getting methadone and other meds.

In the end,  my regular Psych was baffled why I was in there, in the first place.   I pleaded with the ER,  that the information for the Epilepsy and so-called Bi-polar (Manic) congealed and morphed into a misdiagnosis.   When freedom rang,  I pushed for expediency,  with shoes tethered tight,  my personal belongings that were sequestered, in twin bags.   In the words of Kurt Vonnegut, “So, it goes”.   Inside,  we were lodged into a Miasma, with my name on  it.  Now,  I was emancipated with croons and cries and a  bit of dishevelment to boot.

Reaction Videos Must watch,  for the reactions

If Hubris had a name it would have the moniker ‘Corruption”.  But let me address people here, but before I forget,  I am having a difficult time.  Seizures can be attributed to the Manic Depression.  It doesn’t matter what I eat or sleep.   I had seriously entertained calling it a ‘life’.   That said,  my cats are like a bridge over troubled waters.

This is sick…   All Filipino.  Listen people react from all the all around the world, reacting to these songs.

“Music is a higher revelation
than all wisdom and philosphy.
Music is the electrical soil
in which the spirit lives, thinks and invents.”
~ Ludwig van Beethoven ~

My cats give me a sense of what life is all about.   I stutter  and hiccup  jigsawed speech.  Today an incident reminded of the Tonic-Clonic Seizure on Jan 2015.   So, if there are points, that my mind is mentally wandering,  you know why.  Some days are great and too many not very good.  I was manic when I saw the Dr.  I was prescribed mood stabilizers but not really working yet.   Major Depression,  seeing and hearing things and the steady Mania that clouds my mind.

But this is not what this blog is about.  What it is about, is what makes us  shine and brings joy to our hearts.   It is about common threads,  that swirl and gives us a heads up, about our spiritual connections.   I want to eschew hyperbole and dance around the circle like muses waiting to be connected.

Music is such a vehicle,  speeding like a comet across the Northern Lights,  lifting spirits and dancing like ABBA.  Music is like string theory,  with a million microscopic worlds, waiting to unite us.

I imagine one day, that science will literally be put upon it’s head.   No more wantoness,   no more twinkie food for the oppressed.  No matter the difficulty,  music is our MUSE.  We share the passion,  feel it’s warmth, and is commodious with peace.  Hubris exits out the back door.   Music is peace.   Promoting equality and offering hope to the benighted.

“Music does bring people together.
It allows us to experience the same emotions.
People everywhere are the same in heart and spirit.
No matter what language we speak, what color we are,
the form of our politics or the expression of our love and our faith,
music proves: We are the same.”
~ John Denver ~

In Flow with Otto

Once a week—or every so often—I will display one of my photos captured and/or processed with Instagram over the last week (this photo is actually more than a week old, but I haven’t posted any new material the last week). It’s a way for me to show photography that usually is quite different from my regular work. Except for the technical details beneath the pictures are displayed without any comments, hoping they will stand on their own. But I still very much appreciate any comments you may have. 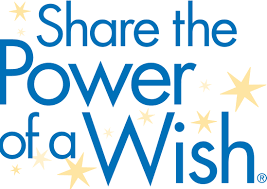 I love these kinds of blogs. Scenic and warm in the soul.

White can be a beautiful color, but not on the ground unless it’s Christmas eve or Christmas day. We have weird winter here. The other day it was 10C and Spring in the air. This morning it was -8C and now it’s wet snow temperature.

So, who sent this whote stuff over here? I want to return it right away!

I can’t believe I actually have done a painting of a snowflake once. What was I thinking?

I also once did a painting of the photo view