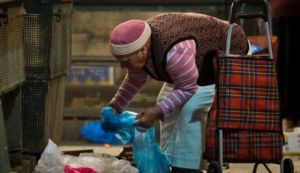 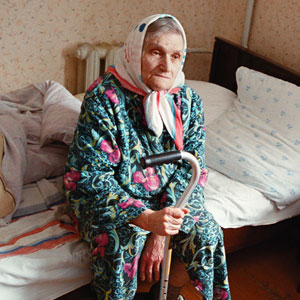 One night we ended up at a place called the Port Authority in New York City.    We being my girlfriend and I,  as we had a stopover before heading on to upstate NY.     The busstop was an eclectic mix of wandering souls,  some with bus tickets and others seemingly having a ticket to hell or a local jail.    The insidious nature of being poor relegates too many people to the streets and ironically far too many are servicemen out of the military,  many with serious mental issues.

So what do the police do?  They either arrest them or make them move a few feet to another Gate.  Where they put down their makeshift cardboard homes while swilling alcohol and threatening other homeless people or harassing bus riders.  I remember the narrow metal benches that were too thin to sit on,  let alone sleep on.   But that didn’t stop some from trying as I saw a young Puerto Rican man trying to sleep and an obviously high and drunk lady of about 50 pushing that young man off the bench.

The result was almost too bizarre and unsettling to observe.   As they yelled at each other the disagreement escalated and the disturbed woman with a bottle in a brown bag broke that bottle as she smashed it against the top of a metal 55 gallon drum producing a rather lethal weapon.  She waived her jagged bottle and threatened to kill the guy.   A black lady seating a few feet away called the old drunk lady a bitch and other assorted life-affirming comments. 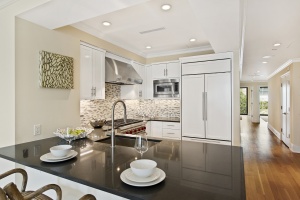 Finally the 50 year old mentally ill lady discarded her weapon and it got scary and otherworldly.   The lady proceeded to lift her soiled skirt,  dropped her unmentionables and menacingly told the young guy to  F#@K her.   Now the old black lady was in top form, telling the ersatz stripper that no one wanted to see her nasty coochie.   Again her vocabulary was as a colorful as before and it seemed that high tide was going out because she feel asleep until the whole entourage was shifted like an adult version of musical benches in an insane asylum.

Perhaps we can start by realistically addressing homelessness.   The VA Hospital,  truck stops and Motels have their parking lots where homeless people find a safe place to sleep for the night.   The decent people (not billionaires) who try to accommodate the needy are indeed angels of a kind.   And these professional fast-food workers and managers basically hold the world together,  while Wall Street and it’s minions drive rental properties out of sight.

The people in NYC who get gunned down are not necessarily suspects but innocent bystanders.  The stories feature the injuries of random shots into a crowd while they get paid leave and offer no apologies.   Sad when police officers do their own version of terror against the weak and enfeebled.

The other side of the homeless equation is where are the children of these homeless seniors?   Where are the cops that do good and why are not these cops emulated by other police officers?   An officer approaches a feeble adult and gets aggressive not knowing if the person is globally Aphasic but perceived as Jason Bourne with tactical firepower and a drawer full of steroids.

Society is ill, perhaps irreparably when handicapped people are not taken care of.   And to me,  even criminals should not be raped by fellow inmates and murderers are not somehow heroic when they hurt the various kind of  offenders in a faux game of morality awry.

Police officers should be respectful and accommodating rather than finding trumped up charges which other officers  accept at face value.    They have a life and a home and respect and it is a power trip because that is why they arrest a jogger for jaywalking.   Campus cops.   The ultimate worst kind of parasite who arrests young ADULTS for doing what they did or their fathers and mothers did during the 60s and 70s.

So this is the season of discontent and mercy and patience have given way to a political state of anarchy where politicians and polizei are given carte blanche powers to accuse and abuse suspects.   The Miranda Rights are fudged with and lied about while good cops are not judgemental but a mutual respect transcends gung ho wife-beaters with a badge. 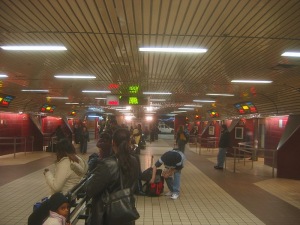 There are nearly 1,100 BILLIONAIRES in the world who sweep people off the street and characterize homeless as worthless druggies.   The problem is that many make money off of them at both ends and then moralize and wonder about what house they will stay in during the weekend and whose palms need to be greased for the various PACs and the democrats are just as rich and even richer than their counterparts.   Neither party is blameless BUT their immediate task should be to provide humanity to as many as they can.

We all need to access how we treat each other and it starts in the home and in school,  mitigating sexual abuse and educating the poor from abusing their children and including the  hymens of young girls.   This kind of savagery needs to be talked about and a real plan to deal with it.   Collectively stemming the tide of the heart break of being deemed service type people.   Classism is an issue and if we want to lead the world in morality that starts with feeding the homeless and providing shelter to the homeless during spates of especially bad weather.   I have slept in my house or car where temperatures were in the teens,  along with kitty and a few pillows and blankets.   It can happen to anyone.  The gentle and graceful find a way to make helping cool again and for the first time for many.

2 thoughts on “Pensive Patience – Turn your head and deny.”