My cat Baby was reading her Red-letter Bible and she paused and put her bookmark in.   She gave me one of those strange looks that cats often do on the third Tuesday of each month.   All I know was she laid down her headset and looked me straight in the eyes.    I looked away because you have no idea how patronizing she can be and the last thing I wanted was a protracted battle.

The air was rife with tension as I eased out of my chair and looked for a way out.  I knew it’s was bad when she took off her reading glasses,  as if saying, “look what you made me do?”    I noticed out of the corner of my eye the mailman approaching our door.   And it was a good omen as he had her favorite Barry Manilow CD in his hands.   She had been waiting for quite some time for her CD and I knew she would be entertained for hours,  so evidently I got a reprieve.

At times I could mollify her by faking that I liked BM.   Of course I would never allude to Barry as BM in her presence and thank God I am not going to let her know that I wrote this book.   And neither should you.  I am going to have to insist on this for the sake of keeping the peace.

In Baby’s matriculations she had the opportunity to go to a concert at the Old Veteran’s Stadium and I had to convince her not to take her big hand with the #1 sign on it.   It seemed that anytime she wanted to go out,  she had to take that darn sign.     Anyhow, the other cats would tell me how she would gush over his songs and especially ‘I Write The Songs’.

Well one day I couldn’t take it any longer and I knew this kind of obsessive behavior was a precursor to drug problems and it seems she spent some time in rehab,  getting off of catnip.   Sometimes she would just drool and have that glassy look in her eyes.    And those eyes were dilated like 16oz Dixie Cups in a whirlwind and her purring almost sounded like a Gregorian chant.   Therefore it was imperative that the two didn’t mix.   It would have been a volatile combination and thankfully I diverted her attention as a roll of toilet paper rolled across the floor and it’s tail ran out just before it could get to the old antique fireplace.   The gods were evidently pleased as the sound of BM was drowned out by the nascient hum of Uriah Heep.

Those were heady days and the ability to quickly adapt benefited me more than you can imagine.   I tried to keep the peace and atmosphere relatively blissful and without the cadence of stomping paws and her arching back swaying to the sound of his voice.   Too many days it was a delicate balance between happiness and over-indulgence and knowing how to temper the acrimonious vibes that seem to come with more and more regularity.

One can say that I was facilitating her obsessions to the point of decadent disregard or simply being obsequious and fake as all get out.   Adversity can be the mother of invention and at least her subscription to Mother Jones had run out.   I am amazed that she let that lapse but maybe our frequent blowups over their depictions of George 43 Bush had convinced her of the conflict that it caused.    She contended that he was actually an alien but I finally convinced her it was the water.  Don’t ask,  don’t spell.   That is what I always say and it has worked for me. 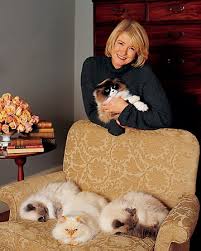 These days as I sit in my Martha Stewart rocking chair and slobbering liberally,   I know she has my back.   For all her eccentricities she has a good side,  though god knows,   I couldn’t find them except when it came to catnaps and five toe discounts at our local PetSmart.    She always likes to cajole the pets behind the glass and laugh at their dirty litter and she looked down on them for the most part.   Til she met Jake from State Farm.

Anyway,  that is the story of BM,   headsets and the heady aroma of ginger wafting from her litter box.   Life was relatively manageable and even a rainy day had it’s silver lining.   Either that,  or the Mercury from the Tuna Fish that Charlie of Starkist forgot to take out.   I guess she took that to McDonalds,  ostensibly to poison Ronald McDonald or Country Joe McDonald.   I know you feel me.   I wish I did.   Or least understand the circumlocutions of the mad and delirious.

So now you know the rest of the story.   I just made that up,  Paul Harvey said something else.  wink.