A certain sadness fills the air,  wafting gently upward as time and shadows overcome us. 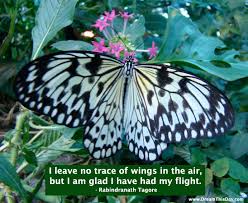 I really don’t know where to begin and I do not know if anyone will get what I am about to write.   What happens when dreams are viewed as by antiques,   with secret heartaches so deep that is like being deep under water with no breathing apparatus? You are stuck in the place where you left off with a new and consecutive reality overlain upon your own life now.

I remember walking down long dark wide halls and light that seems as an afterthought filtering casually by.   In the help room I found a brightly gym like structure with a faded rim with a brand new basketball net.   There were the voices, detached and likewise alone.   Finding a place in the corner or speaking loudly as if under the grips of Meth or coming down off a high.   They talked in psychedelic spurts with straggly hair and a shopping cart.

I remember getting a map,  getting on a bus and riding for a ways before getting off.   The scene was familiar but foreign at the same time.   The sun beat down harshly at times as I ascended the steep slope of a place I wanted to be.  I know of a dove with which I shared the same next.   We cooed in concert for a few years.   Those times were a blessing and their end came all too swiftly.

A familiar vulture landed close by,  stole the fragrance of love and replaced that with a spoon and a pitchfork.  Friends of the Vulture said he was like a Vampire with speed ball wings staring through blurred eyes and a puff of smoke.  My friend lost her way and finding a book she wrote, telling about how she was dying inside without me.   Sad I saw that too late.  Because the damage was far worse than the loss of love but a loss of innocence. 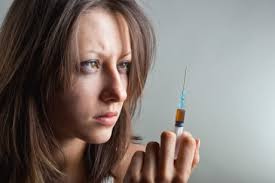 As I scaled that steep grade the signs of blight afar off was sad.   Little buildings posed as houses,  waiting for sale and far few were really habitable.   Then I saw her and she saw me.   An instant gravity tugged at both our hearts.   There was also the spectre of that Carrion with worn off wings and a dragging stupor.  But his jealousy was ignited as she saw the man she loved with all her heart and knowing that I was good for her.   By then she had a child but she was so sad and feeling let down.   Surviving a near death experience with Pancreatic gall bladders.

But in a rush of sameness the feelings came cascading back, breaking down the barriers that held so many tears at bay. As the vacuum drew us and the feelings became more intense.   A virtual world in a place with no dreams.  The mickey that was slipped to her and sent her life reeling into a deep abyss.  Scenes from a Modern Cannery Row

The houses here look a five star motel without the cable TV,  doors that work and community bathrooms that are as dirty as any anywhere in the world.   Yet prospective owners decided on these in the vain attempt to get some kind of shelter and refuge.

When I meant my Lilly,  her virtual youth was ravaged by a broken heart and I assured her that I would change this mess if she wanted it.   I was almost surprised at her eagerness sensing the sharp pain that ate at her hope.   After I departed,  I knew that my life was changing but how hard would the parasite that messed up her life would go to keep her.   I feel part lover and part social worker.   Knowing that a lot of senseless violence and hardship was thrust on her young shoulders.

On the way back to the warehouse/factory like premises where I learned of her,  I noticed a few nice homes that a hardworking person had made,  that in stark contrast to the almost ominous abodes I mentioned earlier.   An area once largely undeveloped became a parking lot of sand dunes and lost dreams.

The next day after talking to the people who would find our new place,  I felt excited and reinvigorated by the prospects of a love rekindled.  The sadness and suspicion was starkly evident and Lilly’s mind was part romance and part sanctuary for us three. 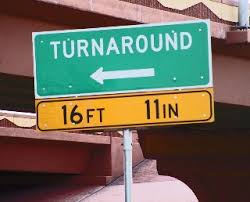 Sitting next to the shanty she lived in, with flies and dirt yet meticulously maintained in spite of that,  I felt resentment turned to hate and although he had his own misgivings,  mine were acute as I saw what he did by the woman who had once showed me what pure love can be like and trust me,  we ran the gamut of good clean fun.

She was rapturous in her thoughts as her soon to be ex-boyfriend seethed as he found me outside of that area where she now but existed.   His anger was sublimated and he began to acquiesce to what he had done and what he did to her.

The new place was not really fancy but it was clean and new and her eyes brightened like little stars conveying the warmth and sensitivity of a newborn or should I say,  reborn heart.   A circle fully completed and the prospects of cleaning the windows of a coffee-stained wardrobe.   The fading memory of ersatz coffee grounds and the fear of attack and hopelessness fading.