I was watching Bo Pellini,  coach of the Nebraska Cornhuskers can be abrasive and even volatile but he has a point.   Sports reporters think they are Woodward and Berstein,  as they try to find some salacious bit of gossip and talk about it until coaches, players and fans get sick of it.

Bo Pellini will have none of it though and even said,  “Go ahead, fire me”.   And I bet a few media scribes were cowering,  thinking maybe he was going to crown them with a ring of fire.    Afterwhich they go to their Word Program and call him a bully.

This whole deal in Miami is largely a media creation and there forte is exploiting the race issue.  Due diligence has gone by the wayside,  as reporters try to get the story first and the net effect is they get it wrong and the damage is done.   Are there any apologies and “my bads”?  Not a chance,  because lawyers will butt their noses in and complicate matters.

So when Bellini takes exception,  he speaks for a lot of people,  especially the coaches and players.   The expectations of BCS games becomes the litmus for success,  in a system that sucks so bad,  I am surprised Oreck is not a sponsor.

Another part of the media are the shows like the Jim Rome Show and Rome is burning.   I guess he got burned when Jim Everett made a point of not calling him Chrissy.  Of course, Rome didn’t count on Everett smacking the snot out of the churlish baiter.   He rails against what he calls his ‘clones’ and then disavows any association when they go over the line,  way over the line.

The above video is another explosion by a coach and these are not uncommon.   The coac has to play it close,  while the media says they are just getting what the fans want.  Oh sure you are.

So while Rome is Burning and the debt ceiling continues to rise,   we have Colin Cowherder,  the ugliest twerp on radio and TV calling fans jock sniffers but then in the same breath,  inhaled the second hand smoke of Lebron Jame’s tailpipe.    As you can see, hyperbole has replaced reporting.

In many cities,  wannabe ballers essentially taunt coaches and when coaches like Pettini and Riley speak out,  they are considered crass.   The media is like that bully that tease their classmates and then run behind their big brother and points at the victim of his taunts.

As a kid,  I remember Craig Morton and Roger Staubach QB controversy and while that was quite a bitter battle,  the media is nothing like it is today.   The situation is so bad,  that this year the Tampa media basically got the QB fired and then had the audacity to cry foul,  implying that the change was somehow racist and even indicating a staff infection in the clubhouse was somehow some kind of conspiracy of silence at the urging of Coach Schiano. 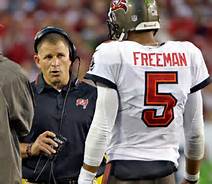 My point to all this is that the media starts fires and then calls the fire department.   These people are no better than the National Enquirer but everyone knows they are as fake as the WWE.   It has gotten so silly that everyone is a bully except Suh and Haynesworth.

They had their fun with Tim Tebow too,  saying that he was no good at football,  yet I wonder how many of them even played anything but intramaural hockey or the spelling bee.   Tebow’s biggest sin was being a virgin and not being aborted.  Oh and he dared mix sports with Christianity.   I bet if he pulled out a prayer rug or suggested Jihad,   he would still be the talk of the town. 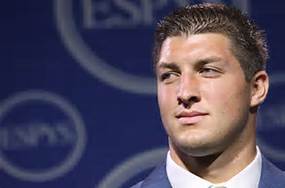 His crime, praying and helping the poor in the Philippines.  Do not forget Typhoon Haiyan!!!    This is a good young man.

As it is,  the media are like a bunch of maggots,  who ruthlessly and efficiently eat away at careers and reputations.   With Tiger Woods,  they raked him over the coals for behavior they have engaged in.

The media is more ridiculous than Dog’s wife ‘Beth’.   Rather than have big boobs held together with duck tape,  they are the ones calling a female ESPN host as a lady of the night and this by a guy uglier than Girard Depardeaux. <sp> 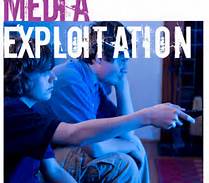 I think you get the picture or remember any other person even those misfits on Jerry Springer.